Thank you to everyone who joined us for the 7th Annual IC3 Blockchain Camp! This 7-day experience was hosted in-person on the Cornell Campus in Ithaca, NY. Our Camp technical committee of Surya Bakshi, Tyler Kell and Patrick McCorry prepared an immersive coding and learning experience with talks, panels, whiteboard sessions, and a week-long hackathon. 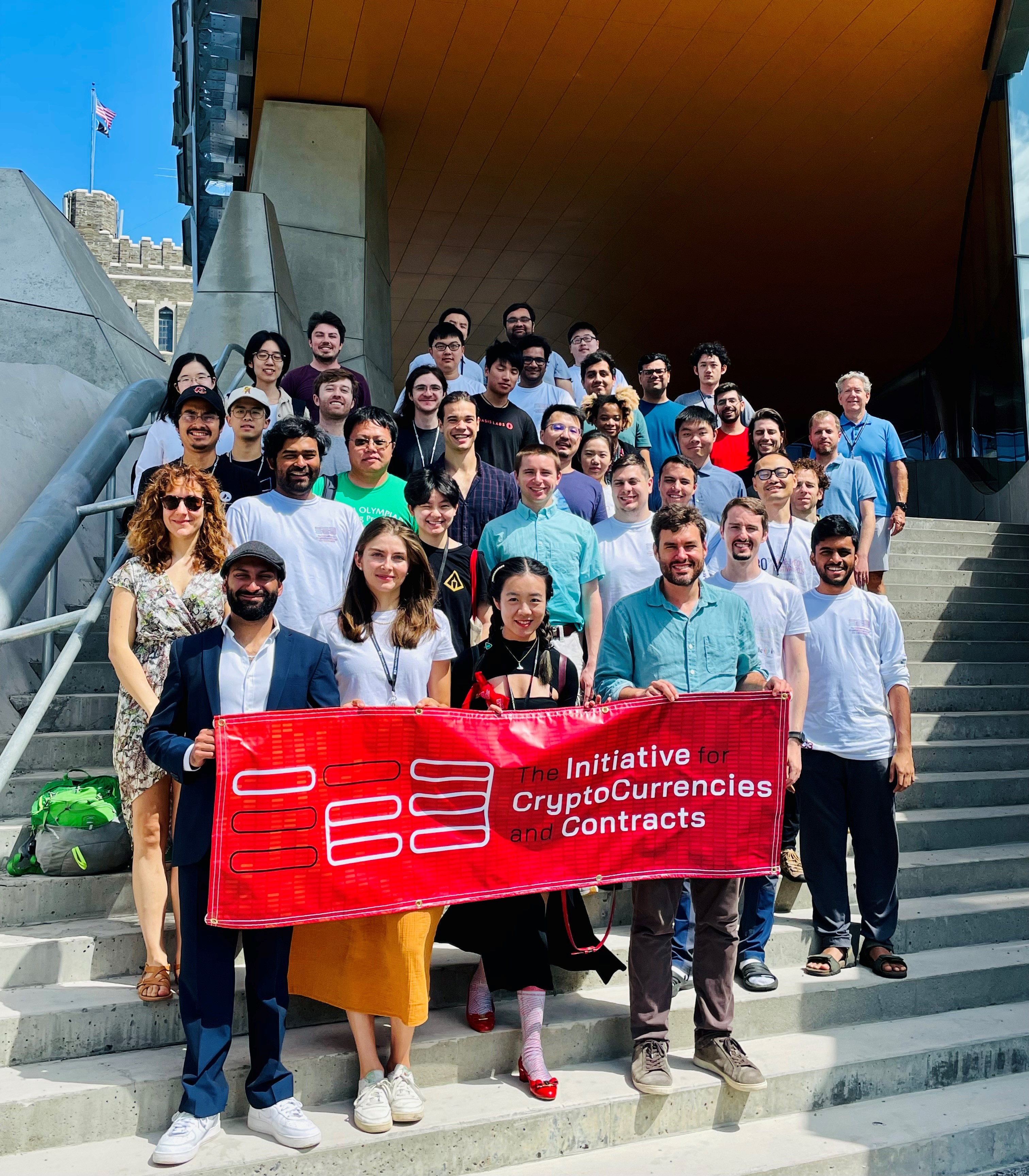 We took this partial group picture on Saturday on the steps of Gates Hall! 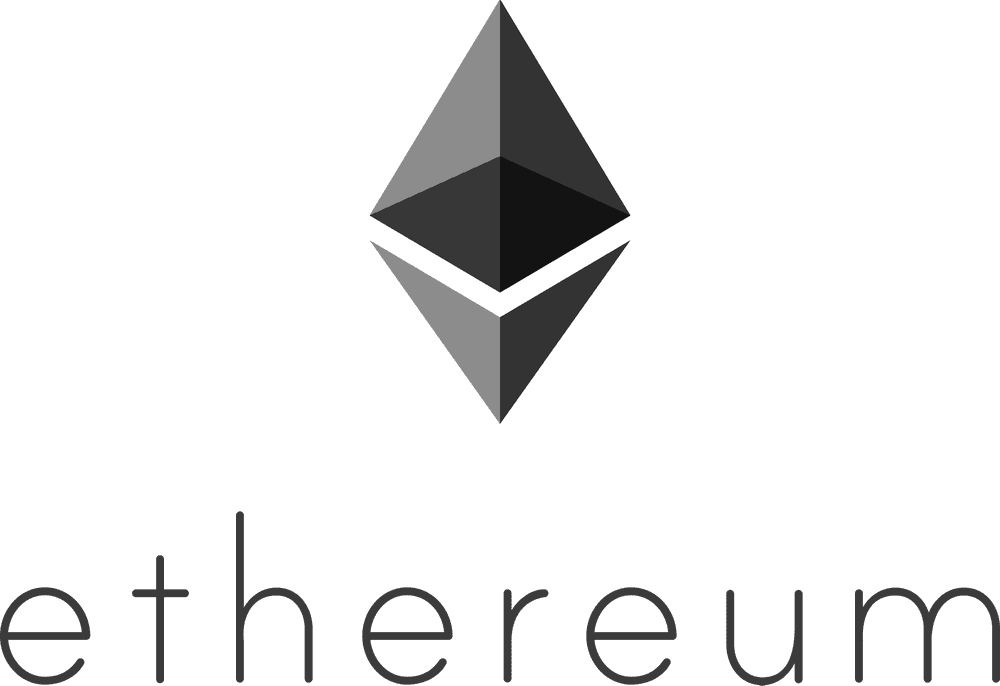 The camp covered a range of exciting blockchain topics including DeFi, cryptography, scaling, NFTs, and more! 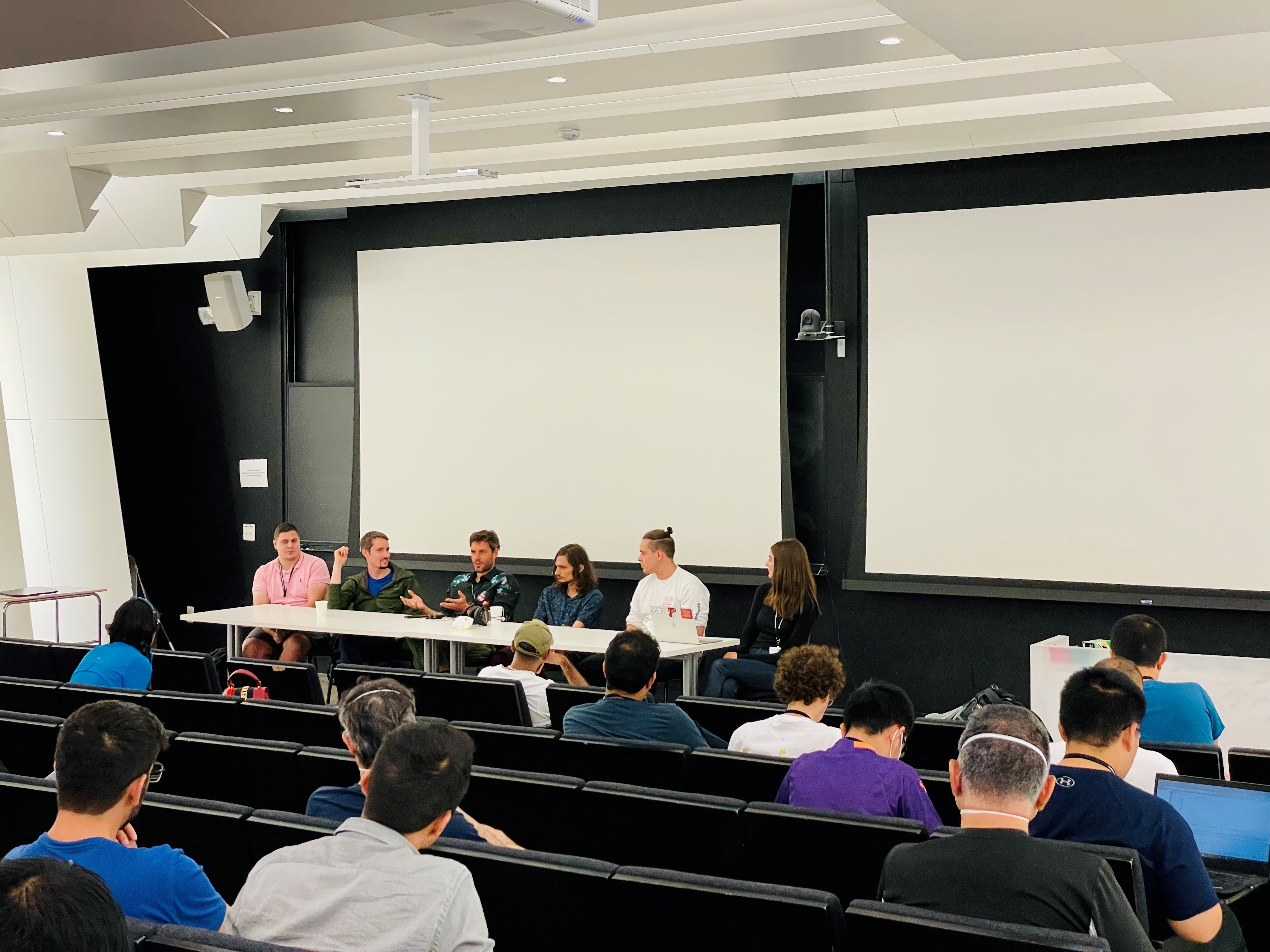 The wildcard panel covered a range of blockchain hot topics. 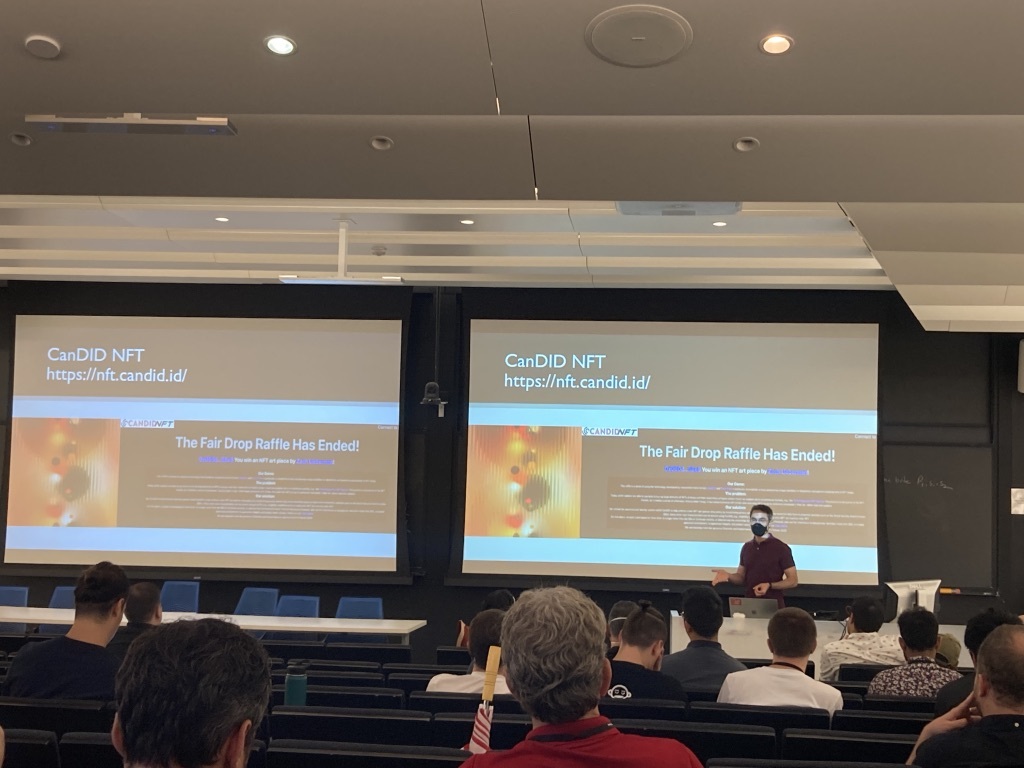 The camp also featured social events including a rump session, games session, opening and closing dinners at the Statler Hotel, and a reception at the Herbert F. Johnson Museum of Art. IC3 Partner, Chainlink hosted a party for camp attendees at the Big Red Barn on the Cornell campus. 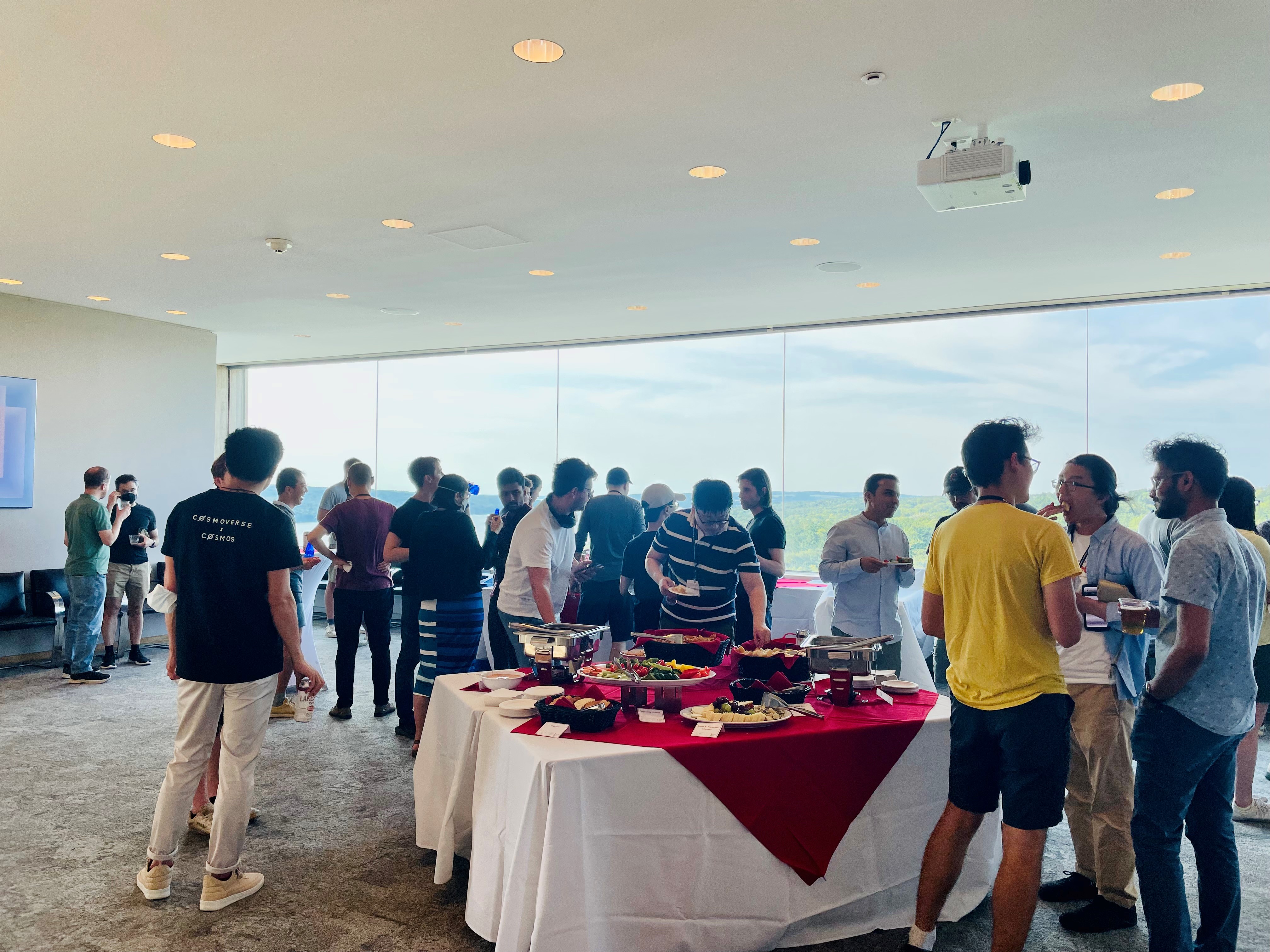 Our Wednesday reception at Johnson Museum of Art. 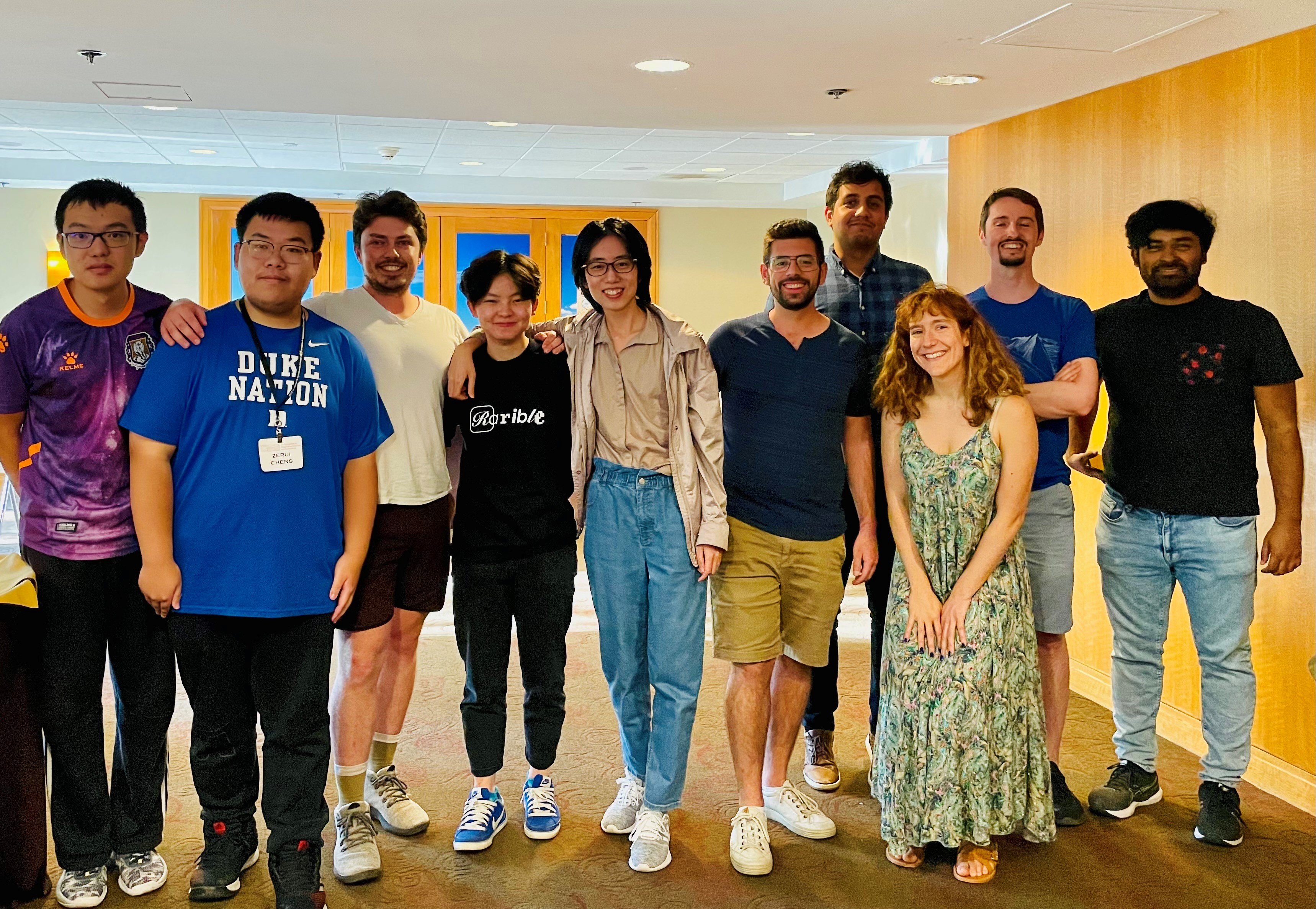 First Place: "Client Security"
Team Members: Roi Bar-Zur (project leader), Ittay Eyal (project leader), Zerui Cheng, Kristian Gaylord, Shutong Qu, Mohammad Rezaei, Nicolas Serrano, and Lulu Zhou
Summary: Blockchain technology empowers users to directly control their digital assets (e.g., cryptocurrency and NFTs). But, with great power comes great responsibility. Users are also responsible for the security of their own assets. As we can learn from many stories of losses and hacks, this is far from trivial. Our website lets users design and deploy a smart contract to secure funds using multiple keys. The user chooses a number of keys and inserts information about the keys (how likely is each key to be safe/lost/leaked/stolen). The website outputs a suggested wallet (optimal up to 6 keys) and lets the user deploy it to Ethereum with their own public keys. Then, the contract can be used with our command line interface. This project is based on the previous website and the research paper by Ittay Eyal (presented at Tokenomics 2021).
Resources: previous website, research paper, current website, GitHub 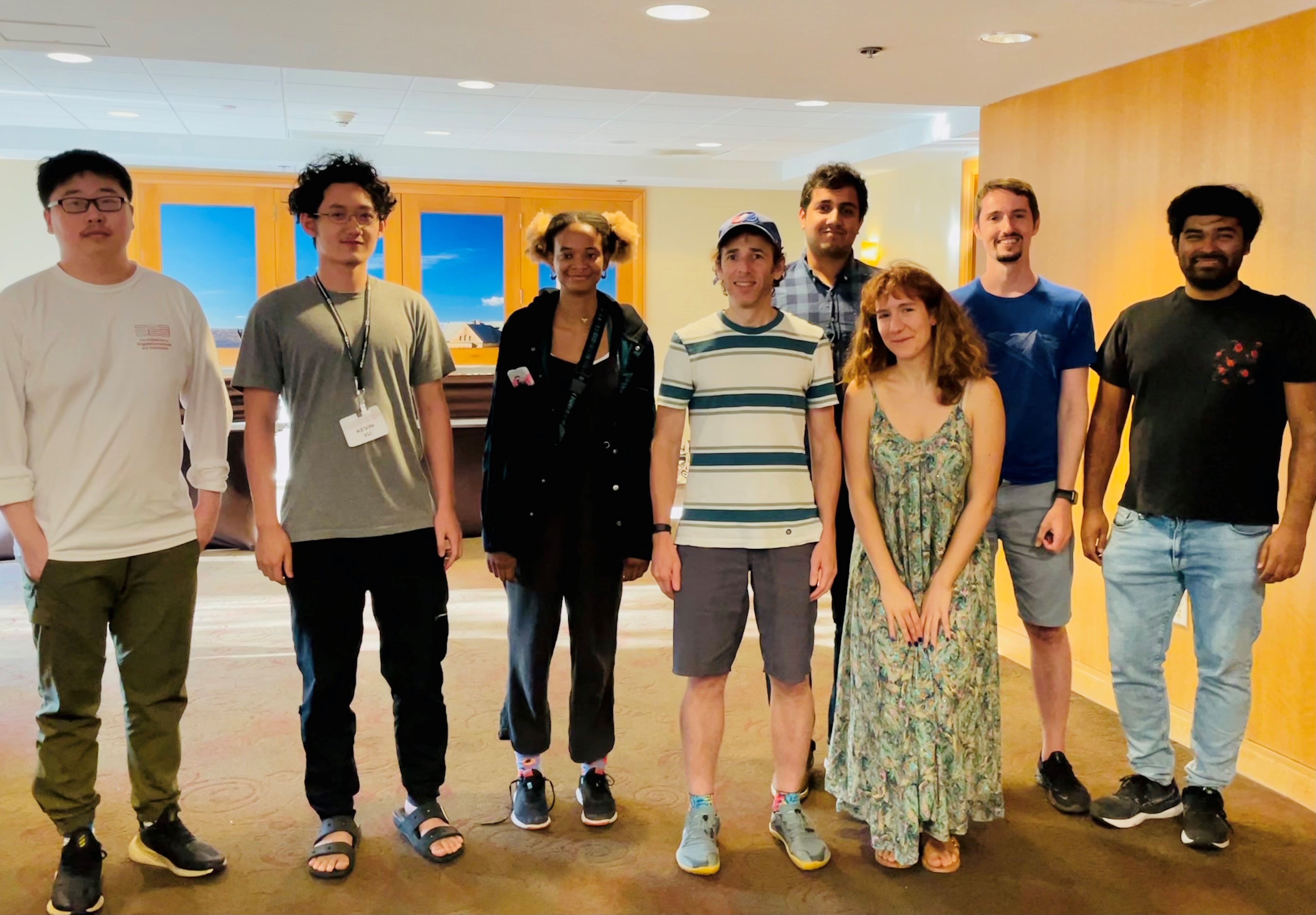 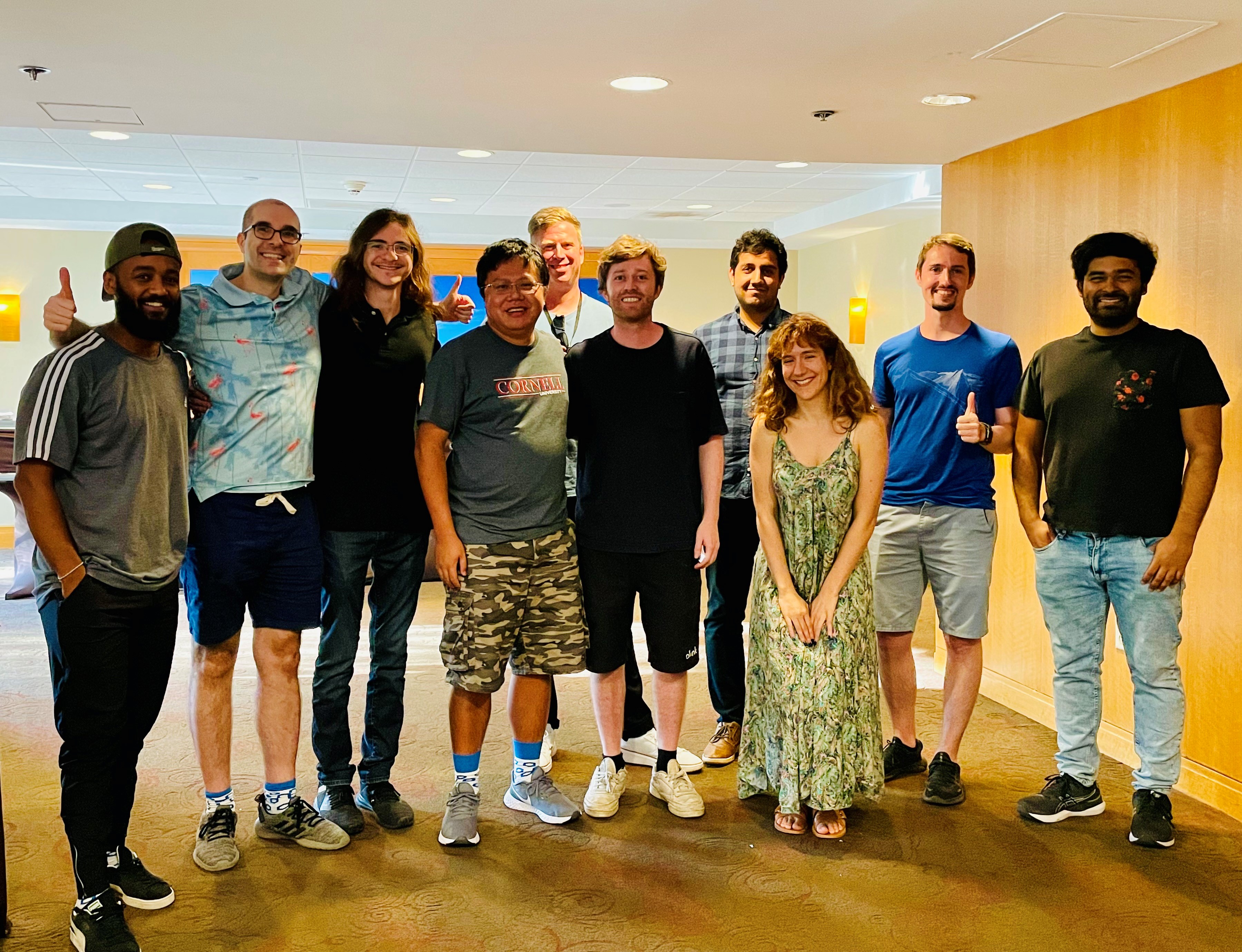 Summary: Our project explored using a proof of complete knowledge to create an atomic NFT, and NFT that can only ever be held by an address whose owner has demonstrated having unencumbered access to its private key. The idea behind complete knowledge is that it demonstrates that the owner has control to do anything, and thus cannot be bribed or coerced into behaving a certain way, thwarting guaranteed voting bribery systems and preventing an NFT from being fractionalized inside a smart contract.

Privacy-preserving additions to PBS and MEV-Boost

Summary: We studied solutions to privacy in the MEV-Boost architecture designed for PBS in the next iteration of Ethereum. Solving privacy was a challenging task, instead we explored a few classes of solutions. both cryptographic and incentive protocols as well, and outlined them in an etresear.ch post. We aim to continue this work going forward and mopre closely study the threshold encryption approach, proposed by some, as a solution.

See you all next year!